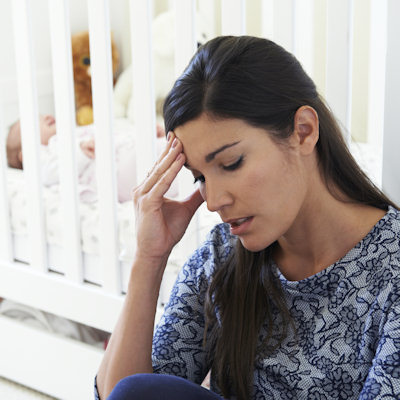 February 4, 2020 — Women with depression were less likely to have had a mammogram in the past two years, according to a study published online on January 28 in the Journal of Evaluation in Clinical Practice. However, after further analysis, the researchers found cost and insurance status proved to be more significant barriers to breast cancer screening than mental health.

Previous research has demonstrated that women with depression are less likely to use preventive services in general, but studies that specifically focus on breast cancer screening have produced mixed results. The new study shows that the reasons why some women choose to not get regular mammograms are complex.

“Depression itself was related to nonadherence with the underuse of mammography in the unadjusted analysis,” wrote the authors, led by Chanhyun Park, PhD, from the Northeastern University School of Pharmacy in Boston. “However, after controlling for demographic and [Health Belief Model] constructs … women’s perceived barriers, such as not having insurance and having cost issues, were related to nonadherence to mammography screening guidelines.”

To study the association between depression and mammography screening among women in the U.S., the researchers used data from the 2016 Behavioral Risk Factor Surveillance System (BRFSS), a nationally representative phone survey. They included responses from women ages 50 to 74, the age range recommended by the U.S. government for biennial mammography screening.

First, the researchers only looked at the relationship between depression and mammography screening. Then, they adjusted their findings based on the Health Belief Model, a health behavior research model that accounts for critical reasons people fail to follow through on preventive healthcare. This includes perceived susceptibility to illness, perceived barriers to care, and lack of cues to take action.

Out of the 139,550 women who participated in the phone survey, 23.1% reported they had been told they have a depressive disorder, including depression, major depression, dysthymia, or minor depression.

Women with depression had 15% lower odds of having a mammogram in the past two years than women without depression. However, that finding dropped out of statistical significance once the researchers adjusted for demographic and Health Belief Model factors, including smoking status, living in a rural region, and not having a personal care provider.

A few factors remained statistically significant after the researchers adjusted for confounding factors. Black and Hispanic women were more likely to get regular mammograms than white women, and women who reported cost or insurance as barriers to care had lower odds of getting a mammography screening than women without financial barriers.

It is important to note that the study had several shortcomings. First, the survey relied on women’s self-reported knowledge of depression and mammography screenings. In addition, the researchers could not account for two tenets of the Health Belief Model: perceived severity and perceived benefit.

Nevertheless, the findings demonstrate there are multiple reasons why women may choose to forgo regular mammography screenings, but depression alone may not be one of them.

“Previous studies have revealed mixed results regarding the association between depression and mammography screening use,” the authors wrote. “The results of this study support the findings of a previous study that found no significant association between distress and mammography screening after controlling for all predisposing, enabling, and need variables.”