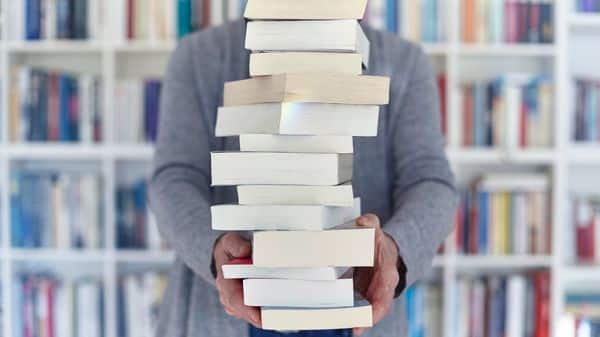 The lockdown may have allowed us more time than we usually get to read but it also deprived us of a fundamental joy of reading: browsing book stores. You can browse on e-commerce platforms, too, but nothing can beat the experience of walking around stacks of books, the serendipitous discovery of a new title on the shelves, or stumbling upon a used copy of an old favourite.

The good news is that physical books are back on sale. The not-so-good news: You still may not be able go to the shops, in most places, to buy. However, stores in some cities are arranging home deliveries, so why not check with your local book store to see if it is offering that option?

You can always buy at a click on your e-reader but in these hard times, as business take a hit, the satisfaction of helping out an indie store is truly heartening. We picked five new releases you may have missed to get you to dial for a book.

Translated from Bengali by the late scholar and writer, this is a 16th century poem based on the epic written by a woman called Chandrabati who lived in Mymensingh, now in Bangladesh. The first Bengali poet to retell the Ramayan story from Sita’s perspective, Chandrabati wrote it for an audience of courtly ladies. Dev Sen’s elegant translation opens a window to the joys and sorrows of women’s lives. The notes and commentary enrich our understanding of the context and the uniqueness of the text.

FOR A MOMENT OF TASTE by Poorva Joshipura (HarperCollins India, ₹499)

Subtitled How What You Eat Impacts Animals, The Planet And Our Health, this is an extensive account of long-standing malpractices in the meat and dairy industries. Joshipura is a senior executive with animal rights body PETA Foundation and her concerns tie in with these times when we are grappling with a virus that may have been passed on to us via zoonotic transmission. Advocating a vegan diet, which is not only healthier for humans but also for the planet, she argues that controlling the next pandemic may be in our hands, if we change our lifestyles.

At a time when India’s economy is precarious and an uncertain future looms ahead, this new book by a former governor of the Reserve Bank of India helps usher in a fresh perspective. From the transition of a closed economy to liberalization in the 1990s, Jalan has been a witness to several key moments in India’s economic journey. Read this book to understand the reforms we need by 2025 and beyond.

Best known as a scholar of South Asian history and cultures, Vanita ventures into fiction for the first time in this delightful romance. Set in the 18th century, during the decline of the Mughals and the rise of the British Raj, the story takes us into the quarters of the courtesans who entertained the gentry of Lucknow. Nafis Bai and Chapla, a poet and dancer, respectively, fall in love in this tumultuous period but fate has other plans for the couple.

Rao is most famous for his novel Kanthapura (1938) but his essays are esoteric, light, insightful and brilliant. He writes, with equal facility, about the Vedas and the Gita as about Thomas Mann and Rainer Maria Rilke. Rao was deeply interested in mysticism and philosophy but also wired to the political developments of his time. During his long life of 97 years, he was familiar with a range of public figures, including M.K. Gandhi and Jawaharlal Nehru. It’s instructive to revisit his idea of India at this juncture, when the democratic and socialist fabric of the nation is under stress.

How Six Entrepreneurs Unleashed Their Best Business Ideas During Lockdown