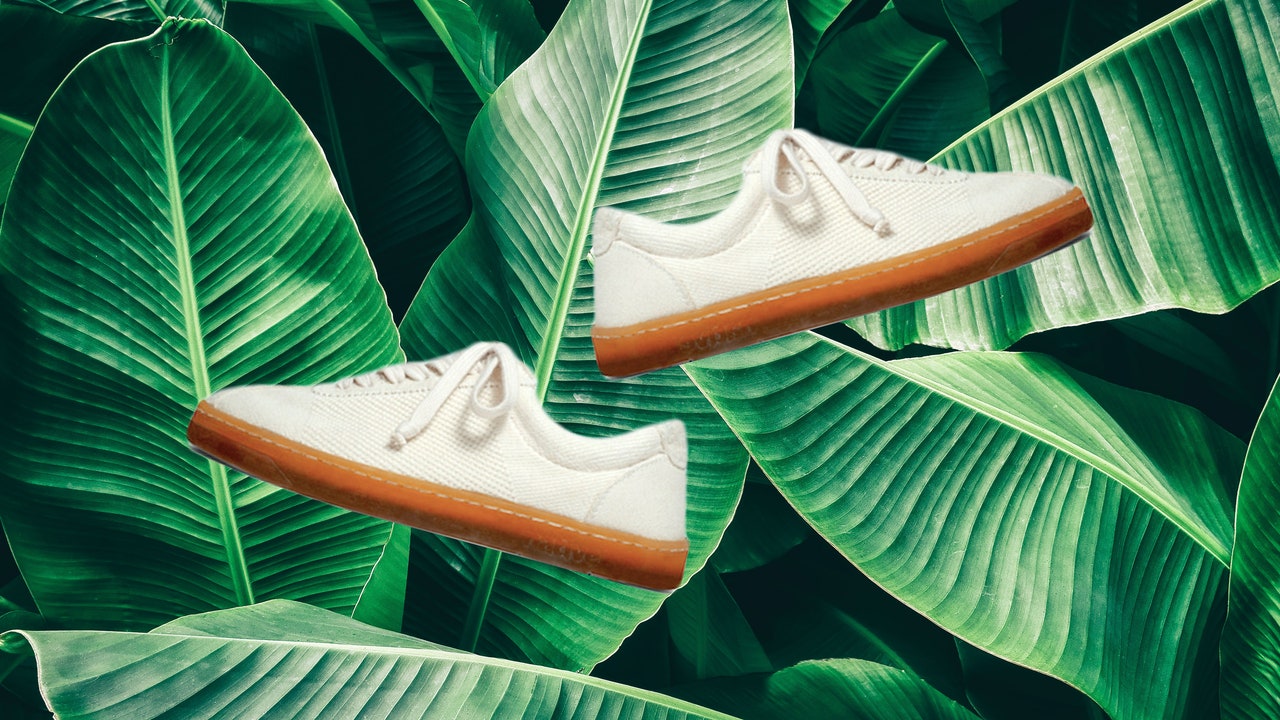 The recent popularity of plant-based diets has made its way into fashion. Last month, H&M debuted products made out of pineapple leather, orange peels, and algae, and we were in awe. Pineapple? In clothes? How?

The sole of H&M’s plant-based sandals’ were made from BLOOM Foam, a foam made from algae, which is the fastest growing plant in the world. According to Bloom’s website, if 5% of manufacturers used their soles “The annual carbon emissions of approximately 23,000 passenger vehicles could be offset.” Nice.

While H&M’s Conscious Collection received lots of positive press, H&M still gets a fair share of criticism for its excessive output of clothes and fast fashion practices. However, Canadian footwear brand Native, which has committed to ensuring that all of its shoes will be 100% life cycle managed by 2023, has now one-upped the fast fashion retailer with a shoe that’s entirely plant-based, aptly named “The Plant Shoe” (duh). Appropriately, every single part of the shoe comes from a plant (including the glue!), which also means the shoe is completely biodegradable. Talk about sustainable! And the cherry on top: it’s animal-free and zero-waste! Clearly, we’re excited.

The shoes include corn, eucalyptus, pineapple husk, similar to H&M’s pineapple-husk leather jacket, for the toe, and the thread is made from jute (a coarse vegetable fiber) soaked in olive oil. Plant-based fashion seems like a covert version of the fruit print trend we’ve already been obsessed with this season. Why stop at wearing clothes with a fruits and veggies print when you can go a step further and wear clothes made of fruits and veggies? How meta.

Native has previously engaged in other planet-saving measures in the past. Other sneakers from the brand are made from the easy-to-reuse chemical compound ethylene vinyl acetate (the same material that Crocs are made of!). Because of the compound’s ability to be remolded, they offer a recycling initiative that allows customers to drop off shoes at select locations. The used shoes are grounded up, placed in a mold, and then the material is used for producing new shoes, flooring, or insulation.

“…As we were rolling [the recycling program] out, we kept thinking: What’s next?” Mike Belgue, Native’s creative director, told Fast Company in an article published earlier this week. “How could we somehow eliminate that waste step entirely, and instead make it so a product comes from the earth and goes back entirely to the earth?” he continued.

Native isn’t the only brand to jump on the plant-based bandwagon (a wagon we can very much jump on ourselves). Allbirds uses tree fiber and wool to craft their shoes. Plus, Reebok created a sneaker made of cotton and corn. Reebok’s use of corn tracks nicely with the season’s weirdest plant trend: corn on the cob. “Corn is—necessarily, inevitably—the next status vegetable precisely because of its down-home, all-American uncoolness,” Emma Spector recently wrote in Garage Magazine. It makes sense that Moschino’s Fall 2019 runway show was amok with corn-symbolism. I guess we should have listened when our parents told us to eat our fruits and vegetables. I mean, who knew these two food groups would turn out to be so fashionable?

Aesthetically, I have to say that the Native sneakers surprised me by looking so good. The unbleached fabric creates a no-fuss, laid back look that can be worn daily. We suggest pairing them with a utility vest and a pair of long shorts or even a dress with bungee cords for a look that says, “I care about the earth and look good.”

And when you’ve finally worn these sneakers to the ground? You can rest well at night knowing they’re recyclable or compostable. Our only remaining question is: are plant-based shoes edible?

You can buy a pair of The Plant Shoe online here.

Depression Is On The Rise With High Unemployment And Career Instability