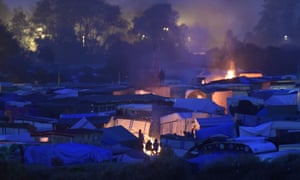 There’s something vertiginous about the speed with which the political climate has soured over the past decade. From an era of falling walls and blurred borders, of globalisation celebrated as an economic tide that would lift all ships, we are now witnessing a backlash of startling viciousness. Narratives of migration have been co-opted by rightwing politicians and their media cheerleaders, who discard both facts and human rights in their efforts to conjure old fears of invasion and cultural subjugation. Literary responses to political crises generally take years to percolate through – JK Galbraith’s definitive The Great Crash, 1929 was published in 1955 – but such is the urgency of the present moment that already there are a host of books, both fiction and nonfiction, seeking to redress the narrative imbalance around the refugee crisis and immigration more broadly.

Dina Nayeri’s The Ungrateful Refugee is a work of astonishing, insistent importance. Like Hisham Matar and Viet Thanh Nguyen, Nayeri speaks firsthand of the refugee experience. She was born in Tehran in 1979, the year of the Islamic Revolution. Her mother was a proselytising Christian, and she soon found herself fleeing Iran for the Middle East, then Italy. She was interned at Barba, a camp in a dilapidated hotel near Rome. Nayeri ended up in the US, where she attended Princeton, Harvard and the Iowa Writers’ Workshop. She then travelled back to Europe, to the camps, seeking to find there some relic of her own life as a refugee.

The Ungrateful Refugee interweaves Nayeri’s own story with those of the refugees she meets along the way. “In a refugee camp,” she writes, “stories are everything. Everyone has one, having just slipped out from the grip of a nightmare.” This is a book full of revelatory truths, moments where we are plunged deeply and painfully into the quotidian experience of the refugee. Refugees are trapped in the perpetual present: “The future brings anxiety because you don’t belong and can’t move forward. The past brings depression, because you can’t go home, your memories fade and everything you know is gone.” She visits a tent in a Greek camp whose occupants maintain it scrupulously. “It seems heroic to me, every scavenged and scrubbed item, the toil to keep her family’s dignity in this wasteland.” She notices that instead of pictures, they have teddy bears pinned to the wall. In a place where they need blankets and schoolbooks, there is a surfeit of stuffed bears. “They overflow from the donation bins. American and British well-wishers apparently are always sending bears.” Even the well meaning fail to comprehend the reality of refugee life.

Nikesh Shukla’s era-defining collection of essays The Good Immigrant clearly informs Nayeri’s thesis. She recognises that the immediate migrant crisis is masking a deeper issue, the need to treat with dignity those to whom we offer refuge; not to demand assimilation, but to recognise the integrity of their otherness. “Refugees have no agency,” Nayeri says. “Often, they are so broken, they beg to be remade into the image of the native.” It is through writing that Nayeri has managed to “undo the excesses of my assimilation”. It’s a powerful message about the need for such stories in a world that is suffering a collective failure of the sympathetic imagination, where political regimes and rabid rightwing media seek to portray migrants as an abstract, threatening mass, rather than a patchwork of individual lives.

Ali Smith’s luminous latest novel, Spring, draws deeply on her participation in Refugee Tales, a project launched in 2014 by the poet David Herd to draw attention to the voiceless hordes trapped within Britain’s byzantine immigration system. Britain is the only country in Europe where refugees can be held indefinitely, with many being locked up for months, even years, passing their lives in bureaucratic blind alleys. The latest Refugee Talescollection – the third instalment (I should declare an interest here – I had a piece in the second) – contains stories told to Monica Ali, Abdulrazak Gurnah, Lisa Appignanesi and Patrick Gale, among others.

The Orphan’s Tale, rendered by David Constantine, is characteristic of the power of these narratives to move, to make the political coruscatingly personal. Constantine gives voice to M, a traumatised child from Sierra Leone whose parents were killed in the civil war. M came to England, was adopted, grew to be a young man, fell in love, and worked hard to provide for his girlfriend, for her daughter. Then “a clean white hand approaches and between thumb and finger takes hold of the end of a thread and delicately pulls. The unravelling has begun.”

We follow M into the sinister and shadowy immigration system, where he is stripped of his possessions, his identity, his access to his family. We leave him in a cell, where he has spent years listening to “the howling of captive fellow human beings who have been told that early next morning they will be on a plane back to where they came from, however bad that place and whatever their loves and friendships, their loyalties, brave beginnings, notable achievements and aspirations here in this worsening land.”

Alongside these stories whose horror and hopelessness has a galvanising moral impact, there are others that seek to celebrate the role of migrants in our society. In Our City, the historian and urban policy specialist Jon Bloomfield uses a collage of migrant voices to tell the story of the making of modern Birmingham. Bloomfield has carried out dozens of interviews across several generations of the city’s migrant population; this is a book that speaks of the hope and courage of those who came to Birmingham in the 50s and 60s, when the UK government advertised in newspapers from Jamaica to Pakistan seeking workers for its burgeoning industrial enterprises. Bloomfield delves into each of the city’s immigrant communities – those from Kashmir, from the Caribbean, from eastern Europe and China – as they live through the rise and fall of British industry, the closure of Longbridge and the other car plants that employed a huge proportion of Birmingham’s workforce. In tight, energetic prose, Bloomfield shows how Birmingham’s second and third-generation migrant population embraced the move to a service economy and now look forward to the future with optimism noticeably lacking elsewhere in the country.

Jonathan Portes is an economist and academic who wrote a New Labour-commissioned study on the impact of immigration in Britain in 2001. In his short, sharp and compelling book What Do We Know and What Should We Do About Immigration?, he uses the fissures exposed by Brexit as an opportunity to carry out a historical survey of British attitudes to migrants, then to contemplate the current state of discourse in the country. The message of the book is clear – in a war of competing narratives, the line on immigration pedalled by the rightwing press cannot be allowed to stand. An ideological battle must be fought with facts and stories that counter the dominant representation of migrants as a threat to economic stability and societal cohesion.

In telling the story of Britain’s historical engagement with others, Portes draws on Robert Winder’s consummate Bloody Foreigners (2004), demonstrating the cycles of openness and insularity that have ebbed, flowed and coexisted over the past millennium. It’s evident, he says, that “political controversy over (and hostility to) immigration is anything but new”. He notes that The Merchant of Venice was written at a time when Jews were still not officially allowed into England. He cites the 1884 novel Simiocracy by Conservative MP Arthur Brookfield, which imagines a future where the Liberal government keeps itself in power by extending the franchise to apes and importing millions of African gorillas. There’s Oswald Mosley and the BUF, Enoch Powell and the rivers of blood, the Smethwick election of 1964, in which the Conservatives won on the strapline “If you want a nigger for a neighbour, vote Labour.” Then we have Theresa May’s “hostile environment”, the rise of Ukip, and Brexit.

Alongside this insularity and xenophobia, Portes tells another story: one of a country that embraces others and is built on the labour of immigrants, from the waves of Protestant refugees in the wake of the Spanish Inquisition, to the Huguenots, the Irish, the Windrush generation, east African Asians and those from Bangladesh and Pakistan. Portes notes that in the 16th century, there were immigration processing centres much like those we have now, where immigrants were “allotted to various areas for settlement”. This was not a reflection of their undesirability, though, but rather “the need to take maximum advantage of this economic opportunity”. Britain has always been a refuge for those fleeing political persecution – among them Garibaldi, Giuseppe Mazzini, Napoleon III, Victor Hugo, Karl Marx.

The book draws on a great deal of evidence to prove that immigration contributes positively to the British economy. “Immigrants do not take our jobs,” writes Portes, “nor do they make us poorer. Fears about the wider impact of immigration – on public services, crime or ‘cohesion’ – are overstated.” One of the problems, he argues, is that it has been politically expedient for the Conservative government to commingle two separate issues – austerity and immigration, a “shifting of the blame from political decisions on the allocation of resources to immigration”. He cites several studies that illustrate the lack of correlation between Ukip support and local levels of immigration, but a high correlation between austerity-related spending cuts and rises in support for the party. Brexit and the concomitant rise in extremism, Portes claims, are the direct result of the government’s attempts to rebalance the books in the wake of the financial crash. He ends on an upbeat note, claiming that “public attitudes to immigration in the UK are at their most positive in decades”.

Despite the positivity of Bloomfield and Portes, it’s hard to look at the regimes of Trump and Orbán, the rise of Marine Le Pen and Nigel Farage, the persecution of minorities in Burma, Cameroon, Xinjiang and elsewhere, and not to feel that these are dark days we’re living through, that we’re less open, more inward-looking, less accepting of others than at any time in living memory. Nationalism, xenophobia, human rights, hospitality – these are both the stories we tell about ourselves and how we define ourselves in relation to others. It is these stories that shape the geopolitical world, that give us licence to welcome or reject those who come to us in need. One of the striking messages from this timely collection of books is that political systems are set up to treat people in general, rather than individually, and yet each story, each life, demands to be read, to be acknowledged, on its own particular terms. In ignoring them, we allow the story of immigration bellowed by the rightwing press and self-interested politicians to be the only story.